IMPORTANT ANNOUNCEMENT: Due to health reasons, I’ll be taking a week off starting 06/29. The usual update schedule will resume starting 07/06. Thank you for your understanding.

IMPORTANT UPDATE: As some of you may or may not have seen, I was just recently in the hospital so I had to delay my comeback. I’m still planning on translating but will probably be taking a few more days to recover. Thank you for all your patience!

If you have a few minutes to spare, I would greatly appreciate it if you could help me fill out a small and short poll/questionnaire. As a reader, I’d love to get your opinions so that I could work out a release schedule that would work out for both me and for what you would like. Thank you so much!

The Grand Tutor residence began to methodically prepare since receiving the edict. In fact, it would be to say that in the residence, from the upper ranks of the old madam, Grand Tutor Feng, down to the Aunties’, concubines’ rooms, all were well aware of this.

Especially since the fourth auntie accounted for two of the three young ladies in the residence. These days, they all had their chins atop their heads, walking formidably like a villain that has gotten their way.

Feng Qing Qing and Feng Ruoyu had long been guided by the old momo from the palace, who was invited by Grand Tutor Feng after much grinding by the Fourth Auntie. They all knew the etiquette and rules of the palace very clearly.

On the contrary, it was Feng Yanran, who was ignored because of her health issues.

Besides, everyone knew that this Eldest Miss, she would 100% lose.

August the 3rd came around in a blink of an eye. Today was the day when these Xiu Nu entered the palace.

The old lady kindly sent her to the carriage and touched her head, as if Su Kui wasn’t entering the palace but was just going out for a bit and would be back soon.

“Ran’er, be good now.” In the end, the old lady only said these words to her.

Su Kui narrowed her eyes and nodded her head heavily, “En! I know!”

She looked in the direction of where Grand Tutor Feng and the Fourth Auntie stood not far too away with her peripheral vision. They looked like they were carefully instructing Feng Qing Qing and Feng Ruoyu as they were sent to the carriage. She couldn’t help but darken her eyes.

Su Kui immediately lowered her eyes to hide the ridicule in her eyes. This Grand Tutor Feng was also terribly cold-blooded. Feng Yanran was really a silly girl. She was ignored this much and she still held fantasies about her father’s love.

Looking at the appearance of Su Kui, the old lady sighed and waved her hand wordlessly. Obviously she was helpless when it came to this son.

Feng Zhen, who had stood there watching Sui Kui’s silently with his hands behind his back, saw this and his eyes glinted.

Seeing her act all cute and affectionate towards the old madam, the small dimples on her cheeks seemed as though they were filled with honey. Watching how she eagerly looked at father but was disappointed and aggrieved when she didn’t even get a trace of attention.

For an unknown reason, he actually felt a dull pain in his heart. Thinking of Su Kui’s behavior this month, it seemed that her personality really has changed.

In the end, Feng Zheng still stepped up and approached the carriage before it left. He reached for her hair like the old madam and rubbed her hair, “The palace is not like at home where you can play around as you’d like. You are no longer young anymore. Remember not to take any wrong steps in the palace. Brother will come to pick you up in a few days.”

The carriage started slowly and headed towards the imperial palace that stood in the center of the capital.

Su Kui waved her hand heavily toward the old madam and her brother until they were no longer visible.

Slowly lowered her hand, she sat back in the carriage. Su Kui gently smiled and tapped her lips. She was in an extremely good mood.

Would this count as a successful gain?

Even if she failed to hug a thick thigh¹, she still had somewhere to retreat.

¹TN: Ride on someone powerful’s coattails.

At least, she was no longer alone like Feng Yanran was with nowhere to go.

“You say everlasting and forever, he meant to celebrate the joys together, he meant to traverse through the sorrows together. Now, just like the autumn wind that brushed over the ears, the feelings of grace have all been written off in one stroke. Only a lonely shadow remains, marking the end of a wonderful dream~ “²

²TN: Part of lyrics to a He Bei opera called 杜十娘

Su Kui poised her fingers in an orchid-shape³, singing in hushed tones, mourning (it says mourning but it’s more like expressing the sadness of) Du Shi Niang’s song in vividness, as though she was really a betrayed by a heartless man. 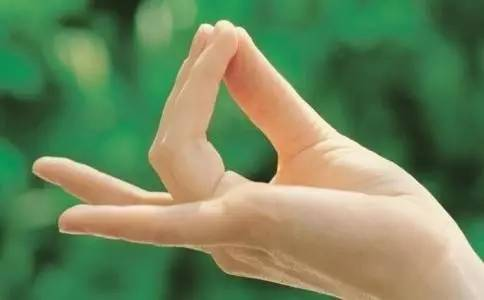 At that moment, a luxuriously shaped carriage passed the Feng Residence’s carriages. A small flag fluttered in the wind atop the carriage. On the flag was a lone wolf with ruthless eyes.

The man in the carriage held his cheek with one hand, his jade fingers flew up and down a bone china cup. He looked extremely bored as the flowing cloud robe he wore glimmered silver.

That wasn’t until he heard that sweet soft jade-like gentle singing. Some verses were even unclear because of the singer’s lack of care about the sound, at times loud, at times low, but still able to draw a person’s heart.

The man couldn’t tell what this feeling was. If he had to say it, it was; a lone wild soul who has wandered around for hundreds of years suddenly found their home. The endless days of trepidation had completely left him. He was no longer alone.

TN: Please refer to the Glossary for any Chinese terms that’re not understood. If I missed anything, please let me know in the comments below and I’ll fix it up asap!

If you have a few minutes to spare, I would greatly appreciate it if you could help me fill out a small and short poll/questionnaire. As a reader, I’d love to get your opinions so that I could work out a release schedule that would work out for both me and for what you would like. Thank you so much!

I hate to have to say this but please don’t copy this elsewhere without permission. I found out that some of my translations have been posted elsewhere word for word. If this continues, I’ll have to put in measures that would be irritating for every one. Thank you.

Please let me know if there’s anything I can do to improve this. Thank you for reading!

If you like my translations, please support me, or become a patron! I greatly appreciate it and it helps me continue!

While you’re here, please check out some of my other translations or join the discord for the latest news and fun with all the translators of foxaholic!~