After a busy night with his girls after a long absence, Yuuto went to the Adventurers Guild.

[I’m sorry, but due to several very complicated circumstances, we cannot give you missions, Yuuto-san.] (Emilia)

(The ability to cancel any magic when touching the target).

The name of the girl with black hair who was sitting on the counter was Emilia Garnett.

For Yuuto, Emilia was a very mysterious person.

At first glance, she was a beautiful girl with graceful and refined ways, but her unique ability was very dangerous.

[Yuuto-san, you didn’t know the latest news? In fact, there are more and more diabolical monsters appearing all over the world, also called *Black Monsters*…] (Emilia)

When he heard Emilia’s words, Yuuto involuntarily remembered the words he had heard before.

[His strength has already reached the level of the strongest demons. From now on, you will have to fight against the *Black Monsters*, who have the power of *Evil God*, until one day you destroy them or you die yourself.] (Ark)

These were the words of the legendary hero Yuuto once met in the Stone Cave, Ark Schwartz.

The fighting ability of the *Black Monsters* that possesses an enormous amount of magical power was really amazing, Yuuto was convinced of this by his own previous experience.

[With the advent of the *Black Monsters*, guild tasks are performed only in the “safe zones” and only if there is a group of adventurers.] (Emilia)

[But these places are crowded with other adventurers, aren’t they?!] (Yuuto)

[You are right. At the moment, the guild is trying to suspend the ban on issuing missions to adventurers with a bronze degree and higher, like you. But at the moment I can only apologize for the inconvenience.] (Emilia)

There were many people among the adventurers who, if they couldn’t take on a mission, couldn’t even one night in the hotel.

And when the means of income of poor adventurers run out, the risks of crime increase dramatically, which in turn can also affect the reputation of the guild.

So in order to maintain order in the city, the guild decided to give missions mainly to beginners.

{Hmm. It seems that I have some time to study magic in more detail.} (Yuuto)

For Yuuto, working in the guild was an opportunity to acquire new skills and earn a living, so he reluctantly killed two birds with one stone.

And although he was a little upset because he couldn’t take on new missions, things like that were inevitable sometimes, so, even if it was a little uncomfortable, life still continued.

(A skill capable of visualizing the target’s state of mind).

When Yuuto looked in the direction of the voice source, he saw an old acquaintance.

[It’s been a long time since I’ve seen you, Lassen-san!]

This girl’s name was Lassen Sigurd.

She wore a leather jacket and very tight short shorts, through which you could clearly see her beautiful ass. 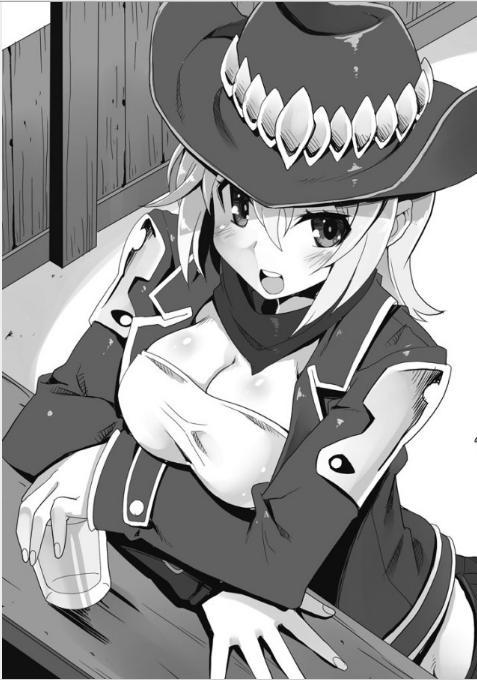 [I just heard that you can’t get missions either, right?] (Lassen)

[Well, then I have some good news for you. I found a hunting ground that would be perfect for you, since there is absolutely no one there at the moment, so we could go there together.] (Lassen)

If Yuuto could go on a mission with a beautiful girl like Lassen, what else could he dream of?

After Reverse Transmigration, I Became the Four Arch-Enemies’ White Moonlight

Transmigrating into a Demon Spirit to Blow Up the Entire World

The Labyrinth Raids of the Ultimate Tank

I Always Wanted to Pounce on that…

Diary From The Future